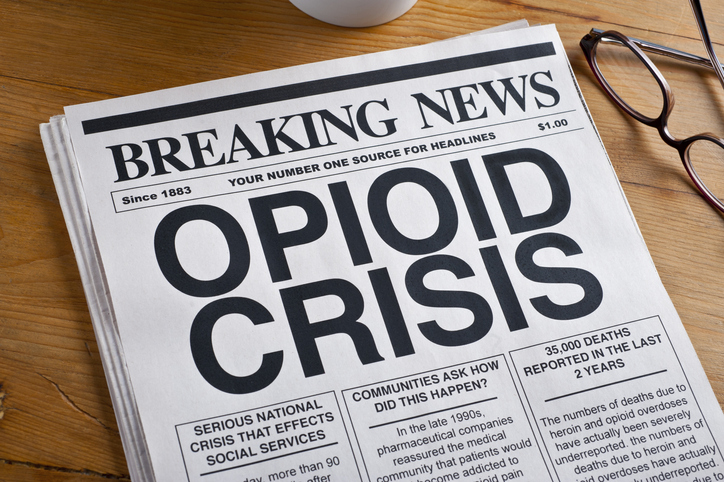 The Causes of the Opiate Crisis

IT WAS ALWAYS THERE

Amonst the scattered brick and stone of man’s first civilzations, archeologists find evidence of poppy plant cultivation. As early as 3400 BC, in Mesopotamia, evidence of poppy plant cultivation and use including a symbol they used to represent the poppy plant that meant “joy”. The Ancient Greeks cultivated the poppy for it’s medicinal effects. Spread by the expanding trade between early city/states, the poppy and it’s product, opium, was traded in India, China, Egypt, the Roman Empire, the Middle East and medival Europe. Opium became one of the primary treatments for may conditions like pain, anxiety, sleep problems asnd crying babies. Opium became a vauable tool in the medical kit of the physician.

Starting in the early 19th century, science and technology grew rapidly. New scientific discoveries and techology gave the physican new and more powerful medical interventions. In 1803, a pharmacist’s assistant used his spare time to explore the compostion of opium tar. He published his discovery of a new chemical compound extracted from opium paste. He called this derivastive compound morphine. A few years later a scottish physician made the first hypodermic needle. By the end of the 19th century, the Bayer Company isolated a new compound called heroin. Bayer produced heroin as an ingredient in several over-the-counter health tonics it sold. At the turn of the this century, statistics show 14.5% of prescriptions filled in drugstores in Boston contained opiates. In Pennsylvania investigators discovered that one third of the state’s physicians wrote 90% of all opiate prescriptions. They found most these doctors were older practitioners trained before the dangers of opiates were widely known. State medical regulators instituted a state-wide physician retraining requirement. Excessive opiate prescriptions dropped dramatically.

The US government first official recognition of opium as a problem was in1898 after it seized the Phillipines during the Spanish-American War. The Right Reverend Charles H. Brent, appointed by President Teddy Roosevelt as the governor, was a feverent advocate against the evils of opium use. He viewed the problem as one of spiritual weakness, and the cure was found only within the church. He was the force behind America’s first law to regulate the opium trade. The US restricted opium trade between the Philipines and other Far East country suppliers. No restriction were discussed or made about the opium trade in the United States.

As American industrialization drove people into large cities, the social ills of alcoholism became more evident. Concern about alcohol effects on the individual and society, churches organized into political actions groups to support a national prohibit of alcohol use. In Cleveland, the Women Christian Temperance Union was founded. Chicago, New York, Philadelphia all open local chapters that combined to become a political juggernaut. After 40 years the Prohibition move􀀴ent was a able to gain enough support to pass a new Admendment – the 18th that prohibited the use sale of alcohol in the Us in 1919.

The Harrison Stamp Act of 1914 was created to restrict access to opiates in the United States via tax laws collecting duties on imported opium. Lawmaker did not specfically include federal policing power to regulate the medical profession use’s of opiates for legitimate medical purposes. The regulation of the medical practice has been the right and responsibilty of each state. A board of state appointed physicians are tasked to protect the public from medical licensed doctors.

When the federal fund came, the Treasury Department was tasked to hire 162 federal officers to collect duties, registration fees and fines. Agents were given freedom to design the badge, and, as WWI veterans, developed a “WildWest” persona. A campaign arrest and criminal prosecutions of physicians and druggists continue for that first year of operation. Doctors prescribing opiates to addicts for legitmate medical reasons were included in the wide sweep.
Finally, this legal issue came before a federal district judge. He ruled that an addict could not be arrested for possession of narcotics since the Harisson Stamp Act applied only to registering phamacists. Another district judge in Florida declared that there was nothing in the law to limit the quantity of narcotics that a physician might prescribe. Still, the agents seized 44 pounds of opium, got 100 convictions, and 25 aquitals.

One physician received a ten year prison sentence. The conflict reached the US Supreme Court by 1916. The question posed was fundamental-whose had the right to control the use of drugs in a free society. The Supreme court case involved Dr. Jin Fuey Moy, a Pittsburgh physician, who prescribed a sixteenth of an ounce of morphine sulphate for an addict named Willie Martin. Federal prosecutor in appealed claiming the orignal US policy, set by Teddy Roosevelt in 1989 intended to legally control import, distubutoin and appropriate use of opiates within US borders. Justice Oliver Wendell Holmes and the US Supreme Court rejected the argument.

By a vote of seven to two, the Court overruled the Government’s claim to implicit police powers. Three years later, March 1919 another physician who prescribed morphine to an addict without any intention of a cure, was charged with federal drug crimes. In this case the Supreme Court reversed it’s opinion, and upheld the constitutionality of the Harrison Act to federally charge a physician for a prescription that was “so plain a perversion of treatment that no discussion of the subject is required.”

The same ambivbalence arose when the legal medical practice medicine involved the use of opiates. The divide between the moral versus medical theories of addiction widened.

Levi Nutt, director of federal drug enforcement, was opposed to of addiction maintenance, except for the old and incurable, and before the year 1921 he was managed to close 44 narcotics clinics. Though the symptoms of narcotic addiction were known, they were not recognized in Main Street America as a disease but a sign of moral weakness,

The control over opiate distrubution and use reappeared during the Vietnam era. American soldiers returning from the Far East brought big heroin habits and bigger heroin supplies for sale in the US. With the Far Eastern supply routes reopening, the Nixon adminstration proposed legislation the replacing the Harrison Stamp Act with the Controlled Substances Act of 1970. The 1970 Controlled Substance Act gave the power to the new created Drug Enforcement Adminstration to influence medical practice through federal prosecution. This act also created the Executive Office a Special Action Office for Drug Abuse Prevention (SAODAP) to oversee all facets of treatment, rehabilitation, education and research for the next three years. In the words of Dr. Robert L. DuPont, SAODAP’s director, the strategy was to make health care for addicts “so available that no one could say he committed a crime because he couldn’t get treatment. He was a Republican appointee with no federal powers, yet the perspective he expressed is indicative of how punitive approaches to addiction permeated deeply into the conventional wisdom of the medical community. Under the threat of federal prosecution, physicians closed inner city clinics providing symptom relief to the homeless.

Methadone use for opiate addiction was continued but restricted highly regulated and patient unfriendly facilities. The void in services quickly was filled by abstience oriented bhy the detoxifcation and rehabilitation facilities based on 12 Step treatment philospophy. Detox and rehabitaion facilties profiiferated across the US. Without medical alternatives obegan reimbursing the facikit5is. an the behekoth tosa of corporte drug and alcohol treamen centers mqde many people wealthy with any accoutavbikytyu for the work done’

By the late 1980s, the tone of the prosecutors went a from n opiate prescription was a terrible idea to “over-my-dead-body. This applied to sterile injection equipment and reasonable prison terms for drug offenders.

Black Monday, September 19, 1977, the Youngstown Sheet and Tube in Ohio closed down, leading to a loss of some forty thousand jobs. Good paying jobs with benefits were replaced all across the midwest by lower wage jobs with fewer benefits. When the American industrial, 7.5 million jobs were lost. Millions of people migrated out of cities and into suburban and rural America for service oriented jobs with no union barganing and minimal benifits.

We use cookies on our website to give you the most relevant experience by remembering your preferences and repeat visits. By clicking “Accept All”, you consent to the use of ALL the cookies. However, you may visit "Cookie Settings" to provide a controlled consent.
Cookie SettingsAccept All
Manage consent

This website uses cookies to improve your experience while you navigate through the website. Out of these, the cookies that are categorized as necessary are stored on your browser as they are essential for the working of basic functionalities of the website. We also use third-party cookies that help us analyze and understand how you use this website. These cookies will be stored in your browser only with your consent. You also have the option to opt-out of these cookies. But opting out of some of these cookies may affect your browsing experience.
Necessary Always Enabled
Necessary cookies are absolutely essential for the website to function properly. These cookies ensure basic functionalities and security features of the website, anonymously.
Functional
Functional cookies help to perform certain functionalities like sharing the content of the website on social media platforms, collect feedbacks, and other third-party features.
Performance
Performance cookies are used to understand and analyze the key performance indexes of the website which helps in delivering a better user experience for the visitors.
Analytics
Analytical cookies are used to understand how visitors interact with the website. These cookies help provide information on metrics the number of visitors, bounce rate, traffic source, etc.
Advertisement
Advertisement cookies are used to provide visitors with relevant ads and marketing campaigns. These cookies track visitors across websites and collect information to provide customized ads.
Others
Other uncategorized cookies are those that are being analyzed and have not been classified into a category as yet.
SAVE & ACCEPT